The meeting has been called to order, but we don’t have a scribe! We are now on recess.

Item 2: statement by the EVP about the letter released on Thursday.

Isabelle had been working on a letter for the university and chapel.

She would like to apologize for the harm and oversights that were made through the statement.

Item 4: Reports of the Executive Committee

Report of the President. Maritimes Rise, panel of sexual violence and the law, actions surrounding the prison industrial complex, trying to get the university to have a smoking space on king’s campus. Tabling about the MOU. The sexualized violence policy is done.

Report of the slvp. Academic committee meeting (preliminary meeting). Athletics and Bell Lets Talk: finding different ways to talk about mental health. Athletics won’t be doing Bell let’s talk. They will be looking for new organizations to donate to.

Report of the FVP. (it was very short)

Report of the EVP.  Organizing meeting about the BOG. Tabling at Dalhousie in the LSC (weird flex but ok). Fight the fees trivia. The sexual violence and the law panel. Call in vs Call out workshop coming up, as well as how to receive disclosures. Action for the BOG next week.

Report of the CVP. (also short)

5. Oral reports and goals of councillors.

BIRT Zoe Brimacombe receive $425, the first half of the Chair’s honourarium.

BIRT Gina Grattan receive $425, the first half of the Chief Returning Officer honourarium.

BIRT Angela Capobianco receive $300, the first half of the Scribe’s honourarium.

BIRT CUBE Coordinator Ellen Zagar be paid a $200 honorarium for coordinating the KSU’s intramural program for the first semester.

BIRT CUBE Coordinator Mal Thomas be paid a $200 honorarium for coordinating the KSU’s intramural program for the first semester.

BIRT the King’s Students’ Union write an open letter to our MP Andy Filmore stating our support for the Canadian Union of Postal Workers, and opposing the back to work legislation passed on November 26, 2018.

The student who asked for this motion asked to include a ‘whereas’ clause concerning the fact that the recently was an incident of aggravated sexualized violence on campus, including the drugging of the drink student in the Wardroom.

BIFRT the King’s Students’ Union demand that the University administration acknowledge that a Sexualized Violence Policy is the beginning, and not the end, of combatting the culture of sexualized violence that exists systemically on King’s campus; and

BIRT the King’s Jewish Book Club receive $82.50 in contingent funding to host a Wardy Channukah party on December 10 at 8pm.

Whereas the King’s Students’ Union posted a statement on November 29th, 2019 calling for the renaming of the “Christmas Brunch,” and;

Whereas the King’s Students’ Union failed to consult communities that would be directly affected, specifically Jewish students, before publishing the letter, and;

Whereas the Jewish community has already been organizing against anti-Semitism, occurring independently of the King’s Students’ Union, and;

BIRT the King’s Students’ Union retract the original statement, and;

BIFRT the King’s Students’ Union support the independent organizing of the Jewish community, and of any other religious minorities existing on campus. 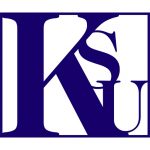 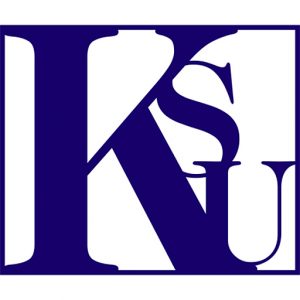